Diamonds are prized not only for their beauty and brilliance, but also for the rare glimpse that they provide into the deep interior of our planet. When they grow inside the Earth, they incorporate tiny pieces of their surroundings that are protected by the diamond host during its journey to the Earth’s surface. Examining these small inclusions provides information about the conditions under which the diamonds and their inclusions grew. Diamonds from the Jagersfontein kimberlite in South Africa contain inclusions of the mineral garnet. To determine their crystal structure, we collected X-ray diffraction data at DESY ("German Electron Synchrotron") in Hamburg, Germany and performed single crystal X-ray refinements. Our results showed that the inclusions are a special form of garnet called majorite that only occurs at high pressure. We then used the novel Synchrotron Mössbauer Source at the European Synchrotron Radiation Facility in Grenoble, France to determine the oxidation state of iron in the majorite inclusions. From these investigations, we found that the majoritic garnets contain iron in a highly oxidised form, in contrast to garnets from shallower depths that are almost always more reduced (see figure). Our analysis shows that the most likely scenario to oxidise iron in these garnets is to simultaneously reduce carbon, for example from carbonate to diamond. This process may play an important role in the cycling of carbon through the deep Earth as well as provide a way to liberate oxygen from minerals where it would normally be locked up. 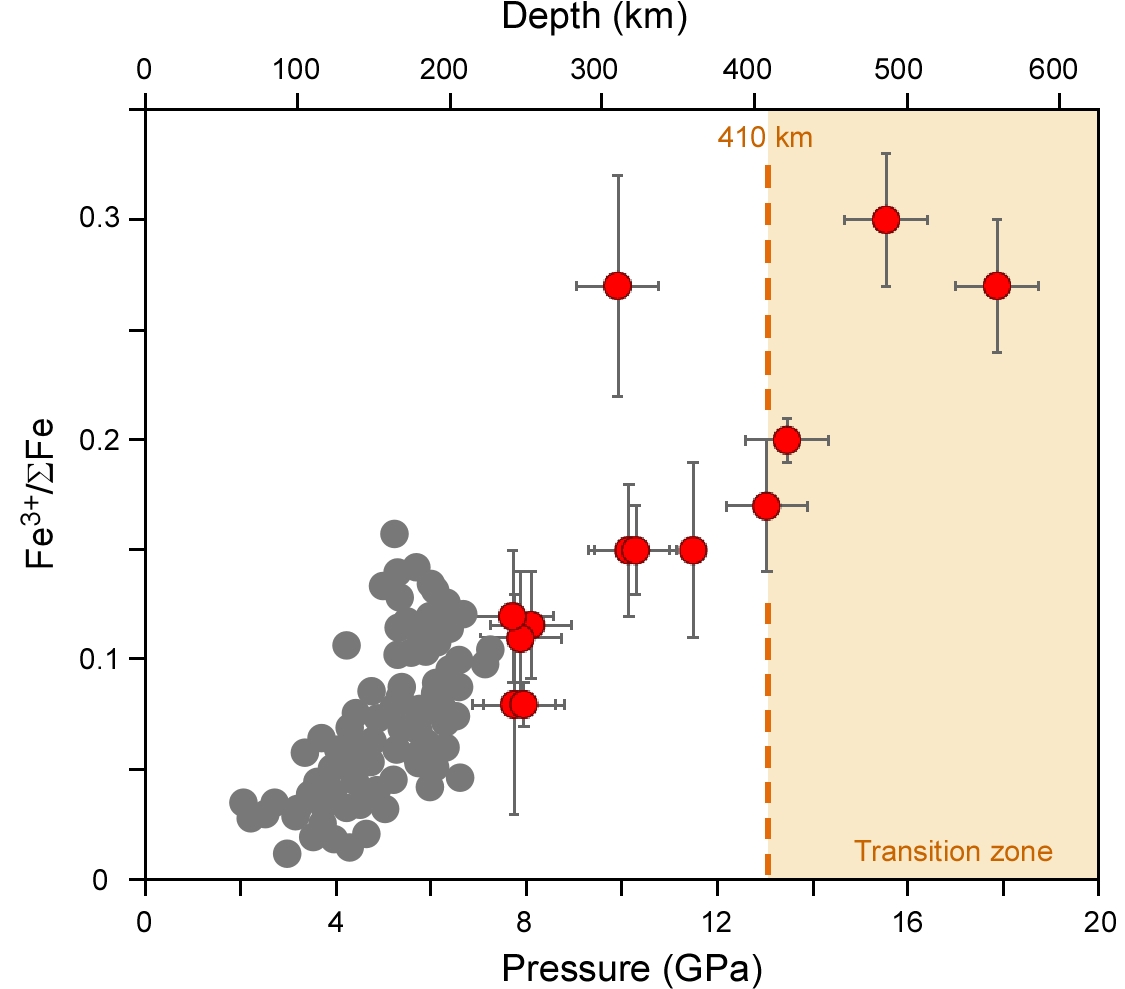