Hydrogen is the most abundant element in our universe; it comprises one of the most fundamental building blocks of stars and gaseous planets. Also on Earth, element number one is ubiquitous: in organic material such as the human body, in synthetic materials as well as everywhere in Nature.

The elusive properties of Hydrogen under extreme conditions is a research field engaged by condensed matter scientists since almost 80 years. For Hydrogen, one of the seemingly simplest chemical substances, is believed to yield to the key to superconductivity at room temperature. This superconductive state of H2 however has never been experimentally found in high pressure laboratories. A promising alternative constitute hydrogen rich metal hydrides. Over the course of the last years several research groups succeeded in subjecting certain metal hydrides, e.g. H3S and LaH10, to pressures above 100 GPa and detect evidence for superconductivity at refrigerator temperatures (-23°C). The microscopic physical effects leading to such high transition temperatures could, however, not be experimentally investigated.

In this new work, a group from the Bavarian Geoinstitute, Bayreuth University, the European Synchrotron Radiation Facility as well as the German Electron Synchrotron have been able to synthesize metal hydrides, i.e. FeH, in diamond anvil cell experiments and subject it to pressures as high as 200 GPa while investigating its electronic properties using Nuclear Magnetic Resonance spectroscopy. These experiments showed that hydrogen atoms in metal hydrides form a sublattice connected by conduction electrons, a requisite for superconductivity, which has only been predicted before but never observed.

This study leads the way to novel methods verifying theoretical predictions and might lead to predictions and the discovery of novel high temperature superconducting materials at ambient conditions. 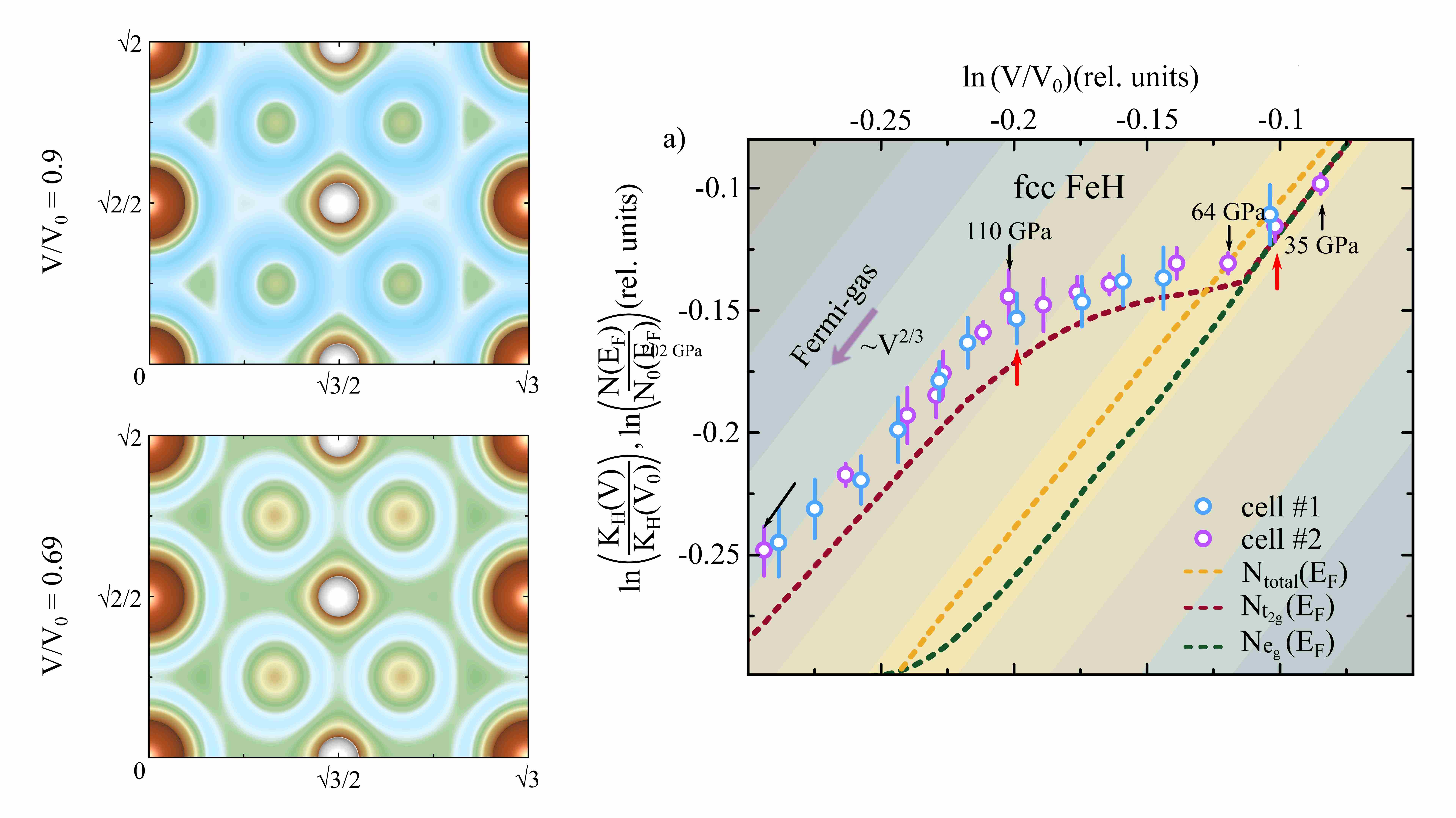